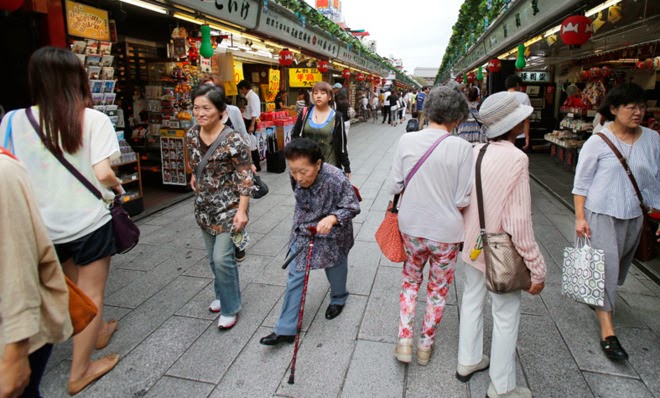 There is something to "be fruitful and multiply".


The Japanese now have one of the lowest fertility rates in the world, and at the same time, one of the highest longevity rates. As a result, the population is dropping rapidly, and becoming increasingly weighted toward older people. After peaking seven years ago, at 128 million, Japan's population has been falling — and is on a path to decline by about a million people a year. By 2060, the government estimates, there will be just 87 million people in Japan; nearly half of them will be over 65. Without a dramatic change in either the birthrate or its restrictive immigration policies, Japan simply won't have enough workers to support its retirees, and will enter a demographic death spiral. Yet the babies aren't coming.