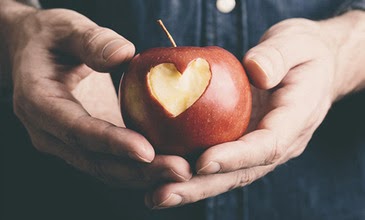 A great Valentine's Day reflection from Jon Bloom.  I commend it to you.


The evolution of Valentine’s Day has followed a course similar to the evolution of Santa Claus. It began with legends surrounding an obscure saint (actually, there’s more than one St. Valentine) from early Christian history that oddly morphed over the centuries into something else entirely. Then it exploded into a pop culture and commercial phenomenon in Victorian England (thank the Brits for greeting cards, flowers, and “confectionaries”), with the United States quickly jumping on the bandwagon.

No one knows for sure how a February 14th feast day commemorating a martyr(s) came to be a celebration of Eros love. It’s possible that when 5th Century Pope Gelasius l abolished the ancient Roman pagan fertility festival, Lupercalia (celebrated on February 15th), it ended up just meshing with St. Valentine’s Day. All we know is that “Volantynys day” abruptly shows up in a romantic poem by Geoffrey Chaucer in the 14th Century and it’s been with us ever since.

So what should Christians make of today’s Valentine’s Day?

As much as purely possible! Valentine was a saint and Eros is not Cupid’s domain. It’s God’s! Christians should be the most unashamed, exuberant celebrators of romantic love there are, and the strongest guardians of God’s design and boundaries, because God made it for us to enjoy (1 Timothy 6:17)! And God, the greatest romantic in existence, has designed it to give us a taste of the greatest romance that will ever exist, of which all Christians will experience.