Bono on Grace vs. Karma and Other Thoughts 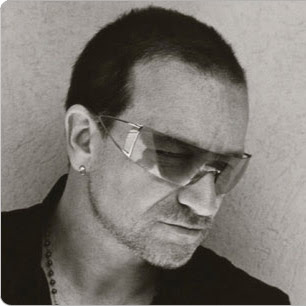 A few years ago a book was released called Bono In Conversation, by Michka Assayas. Gene Veith wrote an article for World Magazine that commented on a very interesting section of the book where Bono basically witnesses to the interviewer.

Is Bono, the lead singer and songwriter for the rock group U2, a Christian? He says he is and writes about Christianity in his lyrics. Yet many people question whether Bono is "really" a Christian, due to his notoriously bad language, liberal politics, and rock star antics (though he has been faithfully married for 23 years). But in a new book of interviews, Bono in Conversation by Michka Assayas, Bono, though using some salty language, makes an explicit confession of faith.

The interviewer, Mr. Assayas, begins by asking Bono, Doesn't he think "appalling things" happen when people become religious? Bono counters, "It's a mind-blowing concept that the God who created the Universe might be looking for company, a real relationship with people, but the thing that keeps me on my knees is the difference between Grace and Karma."

The interviewer asks, What's that? "At the center of all religions is the idea of Karma. You know, what you put out comes back to you: an eye for an eye, a tooth for a tooth, or in physics -- in physical laws -- every action is met by an equal or an opposite one," explains Bono. "And yet, along comes this idea called Grace to upend all that...Love interrupts, if you like, the consequences of your actions, which in my case is very good news indeed, because I've done a lot of stupid stuff."

The interviewer asks, Like what? "That's between me and God. But I'd be in big trouble if Karma was going to finally be my judge," says Bono. "It doesn't excuse my mistakes, but I'm holding out for Grace. I'm holding out that Jesus took my sins onto the Cross, because I know who I am, and I hope I don't have to depend on my own religiosity."

Then the interviewer marvels, "The Son of God who takes away the sins of the world. I wish I could believe in that."

"The point of the death of Christ is that Christ took on the sins of the world, so that what we put out did not come back to us, and that our sinful nature does not reap the obvious death," replies Bono. "It's not our own good works that get us through the gates of Heaven."

The interviewer marvels some more: "That's a great idea, no denying it. Such great hope is wonderful, even though it's close to lunacy, in my view. Christ has His rank among the world's great thinkers. But Son of God, isn't that farfetched?"

Bono comes back, "Look, the secular response to the Christ story always goes like this: He was a great prophet, obviously a very interesting guy, had a lot to say along the lines of other great prophets, be they Elijah, Muhammad, Buddha, or Confucius. But actually Christ doesn't allow you that. He doesn't let you off that hook. Christ says, No. I'm not saying I'm a teacher, don't call me teacher. I'm not saying I'm a prophet. I'm saying: 'I'm the Messiah.' I'm saying: 'I am God incarnate'...So what you're left with is either Christ was who He said He was -- the Messiah -- or a complete nutcase...The idea that the entire course of civilization for over half of the globe could have its fate changed and turned upside-down by a nutcase, for me that's farfetched."

What is most interesting in this exchange is the reaction of the interviewer, to whom Bono is, in effect, witnessing. This hip rock journalist starts by scorning what he thinks is Christianity. But it is as if he had never heard of grace, the atonement, the deity of Christ, the gospel. And he probably hadn't. But when he hears what Christianity is actually all about, he is amazed.

Labels: The Gospel, U2

You know, I had never heard that Bono was a Believer. I don't follow musicians a whole lot. I remember hearing at one point or another that Madonna had "gotten saved," and the same of Charlie Sheen. But this is apparently far different. Thank you for this post. Amazing grace, how sweet the sound!

Bono still says and does some things that totally confuse me about his faith, but what a clear stand for the deity of Christ here!

I did read this in Christianity Today a few years back... and I've read 'Walk On: The Spiritual Journey of U2'

There is much to be encouraged as to what the Lord may be doing in his heart/life.

However, I feel that Bono is severely misguided w/ his 'Coexist' movement. It seems too much like unitarian universalism to me...

This is probably the most insightful U2 book I've read and I've read a half-dozen before. Highly-recommended.

I'm glad you posted this excerpt. It should settle once and for all the question, "Is he saved?"

As for Zack and Rob N.'s comments - God is our ultimate judge - Maybe we should all hope and pray that when we have the opportunity, we can present the gospel in such a clear and articulate way, without fear of man diluting the message at all.