A Huge Difference Between Christianity and Many Other Religions 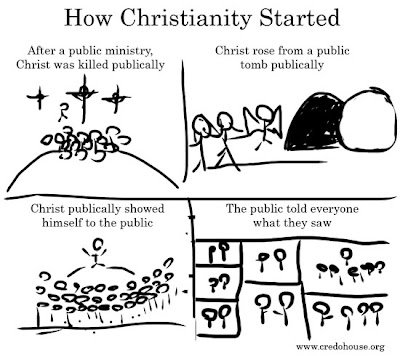 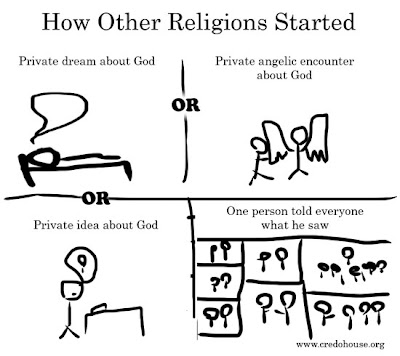 Clever, never noticed that one before...

I've tended to think of Christianity as being unique in working 'backwards' compared to other religions- our devotion in response to salvation, instead of the other way around.
http://skyandfield.blogspot.com/2010/07/christianity-is-unique.html

Christianity IS unique in that it is the only
"religion" that does not require devotees to DO anything to earn their Salvation.

By the way, I deplore using the word "religion" when describing Christianity. Christianity is a relationship not a religion.