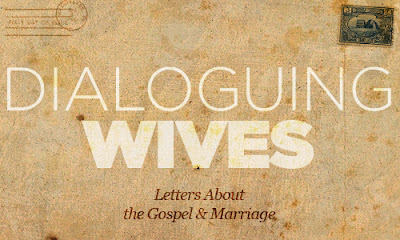 From the Mars Hill Blog...

Let’s open this can of worms.

I’ve seen my husband cry twice in my life, and one of the times was on our honeymoon. We were newlyweds, both virgins before marriage, and excited to finally enjoy sex together. One small problem—it wasn’t going very well. In fact, it hurt. A lot. I quickly said stop. I wasn’t having fun and, because of this, neither was Ryan.

So we were lying together on a bed in a tropical suite. I was hurt and frustrated by my own body’s lack of pleasure. He burst into tears and hugged me, unable to look me in the face, despairing that sex was a painful surprise and nothing like what we thought it would be.

My reaction? I just didn’t want to have sex. When we were engaged, we pushed our limits physically in a few ways and I was into it. But after getting married and finding out the real-life details, my attitude flipped. Sex felt like a chore.

One of my initial reactions was anger. Why did it hurt me? Ryan felt no pain, but he was genuinely concerned and frustrated when I kept telling him to stop. It felt like sex in culture and movies was all lies. Consulting friends about this seemed inappropriate and dishonoring to each other. So we stewed in our puddle of sexually incompetent misery for a while.

During our engagement period, I asked a close friend if she had any helpful advice when it came to the bedroom. “Prepare to be patient and forgiving. Drop all expectations,” she said. “It might even hurt.” I still managed to bring a whole suitcase of expectations with me, but in retrospect, her words helped. One thing that did encourage me after the wedding night: I was grateful I could trust Ryan with these intimate things. I knew he wasn’t going anywhere and we had a lifetime to learn how to get better at sex.

The biggest struggle I have with sex is that, even though it’s improved over our two and a half years of marriage, and even though we have occasional nights where feedback is “Wow, that was really good,” these are few and far between. My response to an often-lackluster sex life—and the only sex life I’m going to have—is to feel like our sex happens just to “take care” of Ryan’s needs. To a degree, sex isn’t mutual, at least not in my mind.

I know this isn’t good. I don’t know how to change the mindset. All I know is it’s an issue for us. He’s discouraged about it, and I’m begrudging.

I never expected to find that suffering could make its way into the bedroom. But oh heck yes it can. We’ve seen it. We’re still seeing it.

Click here to read the response to this letter.  It's very helpful.

My wife and I experienced similar challenges in the first eight years of our marriage.  If you are young in your marriage and are having similar problems feel free to email me (zachnielsen7ATgmailDOTcom) if you want.  My wife and I would love to help in any way we can.  We have thought about these issues quite a bit and have seen great growth in our marriage in the last five years.  But the early days, in reference to our physical relationship, it was quite dark for a number of reasons.  Let us know if we can help.

The links don't seem to be working:

Click here to read the response to this letter. It's very helpful.

From the Mars Hill Blog...

Seems like they have taken down this link for some reason. Not sure why...

Here's Google's cache of the page: