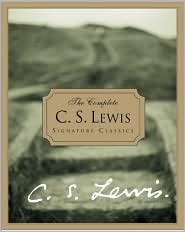 When you are feeling fit and the sun is shining and you do not want to believe that the whole universe is a mere mechanical dance of atoms, it is nice to be able to think of this great mysterious Force rolling on through the centuries and carrying you on its crest. If, on the other hand, you want to do something rather shabby, the Life-Force, being only a blind force, with no morals and no mind, will never interfere with you like that troublesome God we learned about when we were children. The Life-Force is a sort of tame God. You can switch it on when you want, but it will not bother you. All the thrills of religion and none of the cost. Is the Life-Force the greatest achievement of wishful thinking the world has yet seen?

I don't think these folks read much C.S. Lewis: